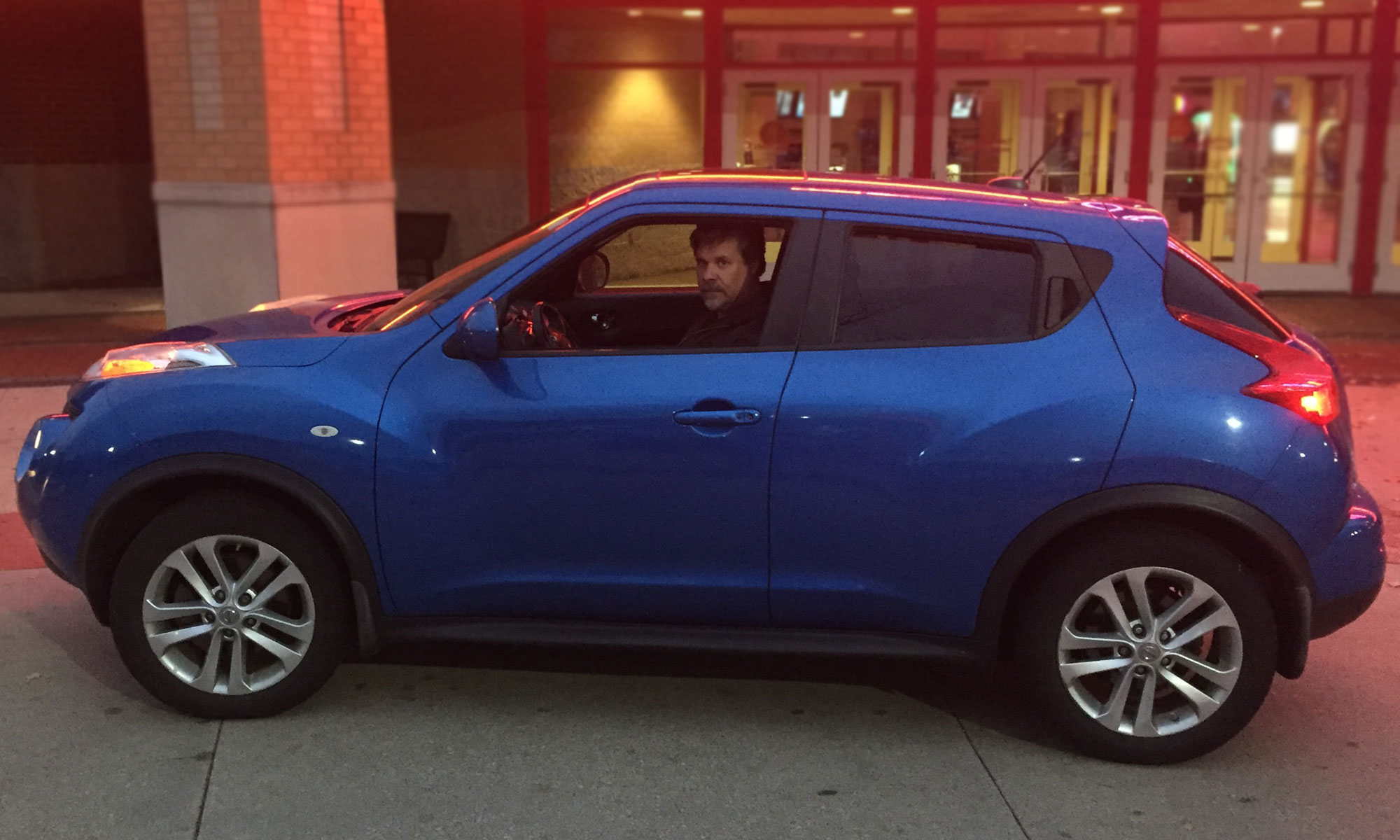 This is the story of the MirthMobile

Garth’s little blue pacer showed up first in Wayne’s World (1992). You may remember the guys singing along with Queen’s “Bohemian Rhapsody” while driving around Aurora.

In 1993, I took delivery on this little beauty, the Eagle Summit Wagon. My friends immediately dubbed it “The MirthMobile” and I had no problem with that. I eventually got a MIRTH license plate, and registered MirthMobile.com in 1998.

In 2001, the blue PT Cruiser took the Summit’s place and got just a little Mirth-ier. The little guy made it to PA when I moved in 2008.

GRUNT!
The 2006 Toyota Rav4 took over on New Years Eve 2009. This version had 4-wheel drive and an awesome sound system. One day it started making an awful noise. I got it checked out and they couldn’t find anything. Then it got worse. They couldn’t find the cause and suggested I drive it until it got really bad. I disagreed.

Rather than let it fail, I traded it on New Years Eve, 2011 for this mid-life crisis. A 2000 Mercedes hard-top convertible. It was really fun to drive until I realized that it really wasn’t “me” – and had no back seat – AND couldn’t fit my bass amp in the trunk. Back to the dealer it went.

I drove away with the exact opposite two days later. This 2008 Honda Civic Hybrid was the nerdiest of the MirthMobiles. I contemplated painting it blue until I took a road trip. My butt hurt. I’m sorry, but it did. It wasn’t my back, it was my butt, and it hurt. I took it back.

So how was that possible? It’s Wacky.

Financially – the trades from Rav4 to Honda were even trades. I came out ahead on the Mecedes and back where I started with the Honda. Trading that up to the Juke did increase my debt, but not by much – AND – I’m getting a refund on the extended warranty so it’s even less. I don’t like debt, but I feel OK with this.

Now… should I get the flames magnet?

———-
Juke: Football
v. To deceive or outmaneuver (a defending opponent) by a feint; fake.
n. A feint or fake.
[Middle English jowken, to bend in a supple way.]